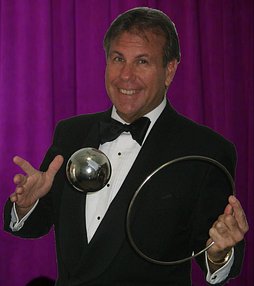 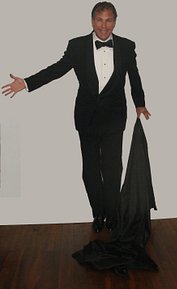 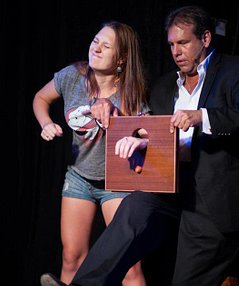 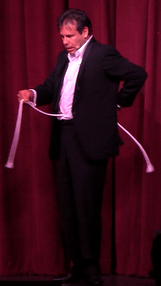 Opening entertainment for bands such as The Who, Chicago, Steely Dan, Tom Petty and the Heartbreakers, Depeche Mode, and many more

Featured role in a Command Performance for President Bush

House player (only one of 3 performers) in the Las Vegas hit review show Wonderground, featuring the world's top creative magicians and performing artists

Star of several TV pilots, including SyFy Network's Wizard Wars(the show that became Penn and Teller's Fool Us) and ABC Television's Bringin' it to the Streets

Highlight performance of the World Magic Seminar in Las Vegas

Presentations and training for almost every major corporation

Jimmy Fingers’ show is one of the most original, unique acts anywhere — all original magic and comedy! The first act in the show is Jimmy’s silent comedy act set to music. Next, the world's only comedy yo-yo presentation that made him the star of ABC Television's reality show Bringin' it to the Streets. More visual magic, and then psychic phenomena: Jimmy avoids an audience’s choice of inverted styrofoam cups over dangerously sharp, upwardly pointed knives. The interaction continues as Jimmy invites the honoree to put their hand into Jimmy’s guillotine, the Choppo.

Jimmy gets even more direct and impossible by reading the thoughts and dreams of your attendees, and then predicting exactly what the audience members will do... He assures that they are only tricks. Jimmy never uses pre-show collection of information or confederate audience members in his performances. These are real-time exhibitions of live entertainment miracles! These are ALL Jimmy's own creations, the most original magic in any act, anywhere!!!

Finally, his most critically acclaimed invention, The Magellan Master Levitation. Jimmy literally levitates in mid-air, in your living room, boardroom, banquet hall; They see it, they believe it, they remember it!  Jimmy is known worldwide as one of the most original, creative thinkers in the art of magic. It’s an act that must be seen live to believe. Let your group experience the excitement and mystery of one of the greatest magical arts performances in the world!

Watch as he reads YOUR guests' MINDS!